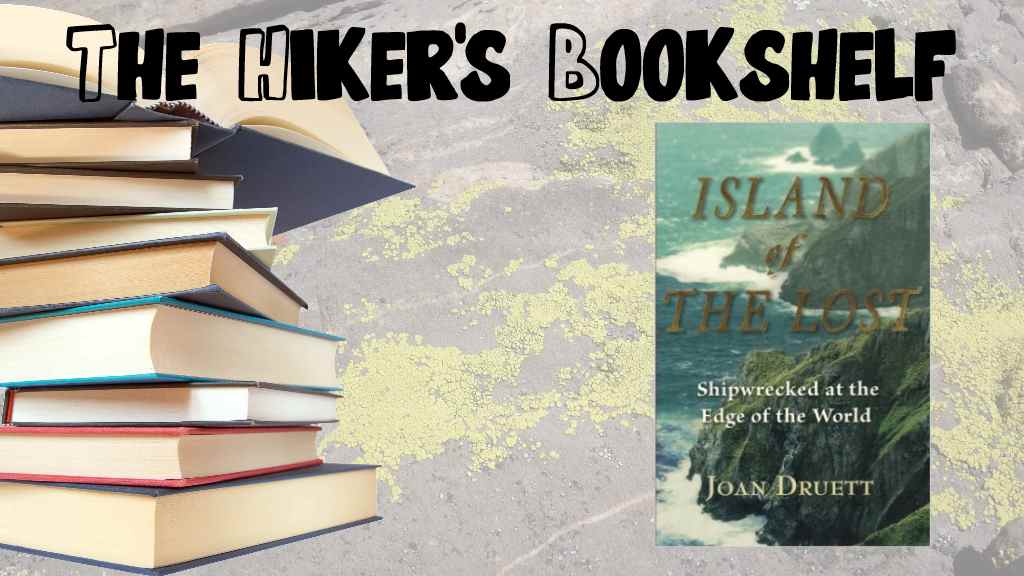 11 May Hiker’s Bookshelf: Island of the Lost: Shipwrecked at the Edge of the World

Island of the Lost is the incredible true story of the survival and grit of the small crew of the schooner Grafton, which shipwrecked on the sub-antarctic Auckland Island south of New Zealand in January, 1864. The crew of 5 resourced teamwork and ingenuity to survive a year and a half–including two winters–in the harsh and austere conditions.

Keys to their survival included the exceptional resourcefulness of Francois Edouard Raynal, whose impressively broad base of practical and technical knowledge led to their preservation and survival, by enabling the crew to fashion clothes, tools, and ultimately, a means of escape. Without telling all, let’s just say that if you’re ever stranded in a desolate hinterlands, you really want there to be a Raynal around.

The story is also incredible due to the fact that four months after the shipwreck of the Grafton, another ship wrecked on the island: the Invercauld. Nineteen of its crew of 25 made it to land, but only 3 survived a year later when they were picked up by another vessel. The two shipwreck stories are markedly different.  The crew of the Grafton found harmony and order, and looked out for one another. The crew of the Invercauld was in anarchy and disarray from the time of the shipwreck. The selfishness and discord that plagued the Invercauld crew no doubt exacerbated their plight and likely contributed to the death of the 16 crew members who were lost.

And get this: though both crews were on the island at the same time for over a year, neither group learned of the existence of the other. For the Grafton crew, that may have been just as well; the disorder and lack of discipline exhibited by the crew of the Invercauld would have no doubt been a considerable strain on the delicate but peaceful and orderly balance found by the smaller crew.

Relying heavily on Raynal’s know-how, the Grafton crew retrofitted a dinghy in hopes they could sail all the way to New Zealand (nearly 300 miles). Because the vessel was so small and unstable, they decided that 3 of them would attempt the voyage, and if successful, would send a ship to rescue the 2 who remained. Against all odds, the little dinghy made it to New Zealand’s South Island, and (after a few weeks of delay), the 2 men who stayed on Auckland Island were indeed rescued and reunited with the rest of their crew.

As this amazing, excellently-written story demonstrates, survival is about more than luck and circumstance (though those things are big!). Often, surviving means not losing the head game, by staying level-headed, improvising, and critically assessing one’s situation. Most of the crew from the Invercauld lost the head game–and most of them died. The 5 men on the Grafton won the game–and made it home.

Keep your head. And always travel with a Raynal.

The book:  Joan Druett, Island of the Lost: Shipwrecked at the Edge of the World (Algonquin Books: Chapel Hill, 2007). Get the book on Amazon here. Multiple formats available.