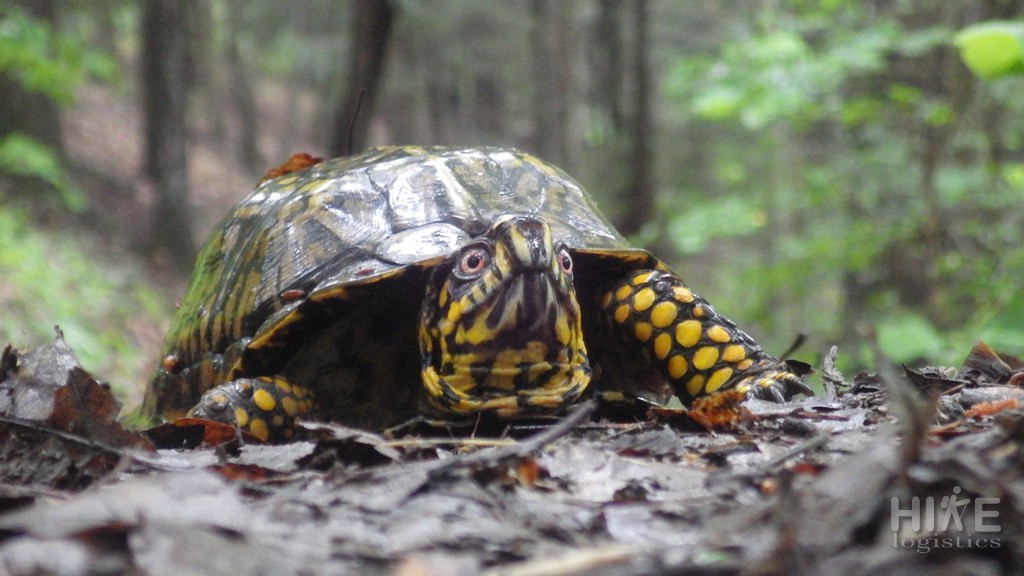 Posted at 04:02h in Travelogue by Josh Harp 0 Comments

I hiked this 27- mile stretch with a friend (Eric) in less than 48 hours this past weekend. This proved to be a very enjoyable and scenic trip, one I look forward to hiking again.

The truck stop at I-75 Exit 49 had readily agreed to let us leave a car in their lot; this was convenient, as the trail crosses their driveway. We turned left out of the parking lot, and we were on the trail. We started late (around 8:00 pm) on Thursday, and hiked in about 3 miles (partially by headlamp). We had the rare treat of spotting a box turtle laying eggs that evening.

The entire segment was pretty easy trail, and the trail was surprisingly well-maintained. There were a few trees (some large) across the trail, but mostly the trail was clear and smooth. The trail often follows old road beds (and sometimes extant roads) over much of this stretch. Overall, the trail grade here is easy, with only infrequent climbs or descents, none of which were noteworthy for steepness or length. 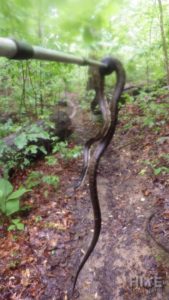 On Friday, it rained most of the day–and sometimes hard–, despite a weather forecast of “scattered thunderstorms.” Despite the rain, we made pretty good time, in large part because the trail was easy.

The rain also brought out some wildlife of the amphibian and reptilian variety. We saw loads of frogs and toads, and 4 more box turtles. We also saw dozens of eastern red spotted newts, both adults and those in the juvenile “red eft” stage. And snakes. We saw a total of 4 snakes: two rat snakes, a small brown water snake we couldn’t identify, and another one that darted off too quick for a good look. One of the rat snakes was a big ‘un (5-6 feet, though we skipped the measuring tape test).

The waterfalls were beautiful. Most noteworthy were Van Hook Falls and Dog Branch Falls. The latter was exceptionally beautiful and unique, as the falls are immediately after the junction of two branches (perhaps uninspiredly, Big Dog Branch and Little Dog Branch). Unfortunately, the soggy and cloudy weather foiled my attempts to capture the falls on camera.

As for others on the trail, there were few. Between I-75 and Van Hook Falls, we saw all of 5 hikers, all in a single group. Once we got to Van Hook Falls, we were close enough to convenient trailheads and Laurel River Lake that we saw a number of dayhikers and bikers. Few other backpackers, though.

All in all, this was a great stretch for a 2 day hike. The trail was in great shape, there was much to see, and we usually had the trail to ourselves. I would definitely recommend this stretch of the Sheltowee, and look forward to doing it again!

See the rest of the photos from this trip HERE. 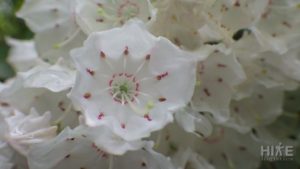